The brain is made up of 100 billion neurons and 100 billion glial cells, which provide support and insulation for neurons; each neuron and glial cell makes up the neural network, with trillions of synaptic connections, which allows information to pass across the brain to create our conscious experience. Human beings may think up to an average of 70,000 thoughts per day, with information passing between neurons at up to 270 miles per hour.

The four-billion year history of life on Earth and the two-million year history of the evolution of the human brain has led us to the stage that we find ourselves today, as human beings operating in modern, civilized society. The struggle and the suffering that many individuals face today lies in the difficulty of our adaption to the demands of modern society while operating with brains that evolved to exist on the savannah, in jungles and in forests, fighting off predators and defending resources.

The modern mind operates under the control of what is known as the Triune Brain, a three-layered neurological process that is comprised of the R-Complex, the reptilian brain that humans share with reptiles and birds; the limbic system, known as the primate or mammalian brain; and the cerebral cortex, the human brain, which allows humans to function as complex problem solving and logical organisms through reason, logic, ethics, and conscious decision making processes.

The conflict between the instinctual and primal reptilian brain, the emotional mammalian brain, and the complex, conscious, human parts of our brain creates a battle for supremacy in the mind that causes some individuals to act out in seemingly unconscious and irrational ways in comparison with what we have come to view as civilized behavior. The instinctual and emotional parts of the brain often override the rational mind in times of emotional stress and fear, where an autonomous and immediate action is required to make a decision in a life threatening or dangerous situation. These instinctual operations often obscure rational thought and action, but are necessary biological behaviors that evolved to keep human beings alive in volatile and dangerous environments.

With the advancements of modern industrial society, however, these instinctual and emotional behaviors from the lower parts of the brain often interfere and take control from the executive functioning cerebral cortex, causing individuals to lose conscious control of their actions, instead, projecting an unconscious internal fear onto a perceived social, political or cultural enemy.

The process of developing Self-awareness and higher consciousness is a journey towards Self-discover, life purpose, and meaning. The lower levels of consciousness obscure the rational mind by corrupting direct experience with an unconscious desire to exert our primal ego onto others as a way to preserve our genes and defend our bodies against foreign invaders. Through conscious means of awareness, thought, speech and action, we can learn to develop a higher capacity for conscious interaction and Self-knowledge and move away from unconscious mechanisms of primitive behavior. This journey requires a greater level of personal responsibility and individual will to recapture what our egos have taken from our conscious minds.

The mind is a collection of mental experiences: our subjective, first-person, internal experiences including our thoughts, feelings, perceptions, mental images and our sense of self. Consciousness means the capacity to be aware of these mental processes, what it is like ‘to be’ something.

The oldest and most primal area of the human mind is the reptilian brain, or R-Complex, which sits at the base of the brain and connects directly to the spinal cord and brain stem. This lowest region of the brain is known as the hind-brain, which controls eye movement and processes visual and auditory information. The Basal Ganglia, a bundle of neural structures that are crucial for autonomous motor control, learning and reinforcing habits, is found within the reptilian brain. The primary role of the R-Complex is to support the human body for basic survival to pass on genes, for self-preservation and for self-defense.

The reptilian brain maintains homeostasis in the body and is responsible for many unconscious and autonomous acts of behavior, which are necessary for our survival: heart rate, breathing, body temperature, balance, movement in space, the flight, flight or freeze response, sexual behavior, also feelings of dominance, fear, greed, compulsiveness, obsessiveness, territoriality, anger and survival instincts.

Thinking with the lower reptile brain shuts off capacity for higher reason, morals, ethics and logic. Drinking alcohol causes the executive functioning cerebral cortex to dissolve, causing the more primitive reptilian brain to take control. This leads some individuals to exhibit aggressive, territorial, dominator behavior when they are drunk, and others towards the more emotional behavior of the limbic system when intoxicated. With a less active cerebral cortex while drinking alcohol, rational action becomes less of a priority while unconscious mechanisms of behavior and instinctual and emotional attitudes become the primary modes of expression. Oftentimes, the person that someone becomes when they are drunk is the person behind their unconscious ego personality at the base of their psychological being. This psychological ego projection hijacks our conscious actions, feelings and emotions and replaces them with a desire to influence, assert and aggressively project ourselves onto others.

The reptile brain benefitted us greatly in the past but represents a problem and burden in modern society as this lower functioning unconscious part of the brain often interjects, interrupts and corrupts civilized and higher conscious behavior in favor of more autonomous and primal actions. The R-Complex evolved to help humans recognize familiar and unfamiliar tribes, distinguish between threatening and non-threatening stimuli, and survive in dangerous and volatile environments. Our brains have not had enough time to adapt to our rapidly changing modern society, so they are still operating in what they believe to be dangerous forests and jungles.

Thinking with the reptilian brain in modern society leads individuals towards aggressively arguing and defending arbitrary and circuitous political, social and cultural issues. When individuals find themselves in argumentative situations, attempting to defend a subjective viewpoint and projecting an unconscious fear onto a perceived enemy, they are operating with their reptilian brain and are hopelessly defending an illusory ego as a primal means of self-defense and self-preservation. The development of the ego benefitted hunter gatherer tribes against enemies and dangerous animals; now the ego is inflated and futilely defended in modern business, politics and in social and cultural issues. Human beings exacerbate the problem of their animal ego by allowing themselves to get caught up in the illusions of their unconscious mind and by neglecting the rational, logical and conscious human behaviors of their cerebral cortex.

The primitive, ego-conscious parts of our psyche are the most difficult to break free from. These parts of the mind try to convince us of the illusion of ego and societal conformity and prevent us from becoming the higher, individualized Self that defines those individuals that are not under the autonomous control of the primitive psyche. The primal brain is comfortable and recognizable; it is home to our most basic drives, instinctual actions and archetypal beliefs. This makes it difficult to let go of the ego of the person that we think we are in order to allow ourselves to become the higher Self that we are meant to be. Thoughts that emanate from the unconscious psyche favor the collective group-think mentality, while thoughts from the cerebral cortex encourage Self-awareness and individuation as a conscious being with a unique personality and a novel perspective of the physical world.

Individuals that learn Self-mastery and Self-governance through mindfulness, meditation and other meta-cognitive and Self-awareness techniques will begin to see the unconscious, primitive, reptilian brain and ego dissolve in favor of higher cognitive functions of the cerebral cortex. Waking up the individualized conscious Self requires a significant amount of volition and understanding into the nature of Self and its prominence over the unconscious ego. This journey inward is a quest towards Self-discovery and consciousness as an individual human being and not as a separate, isolated psyche, alone and hopelessly holding onto and defending a primitive and reckless ego that we wear like a mask for the society and culture we reside. Part 2

Pinterest
Liked it? Take a second to support B.A.McKeon on Patreon!

Sleep, Exercise, and the Obesity Epidemic: You Are What You Eat- Part 4 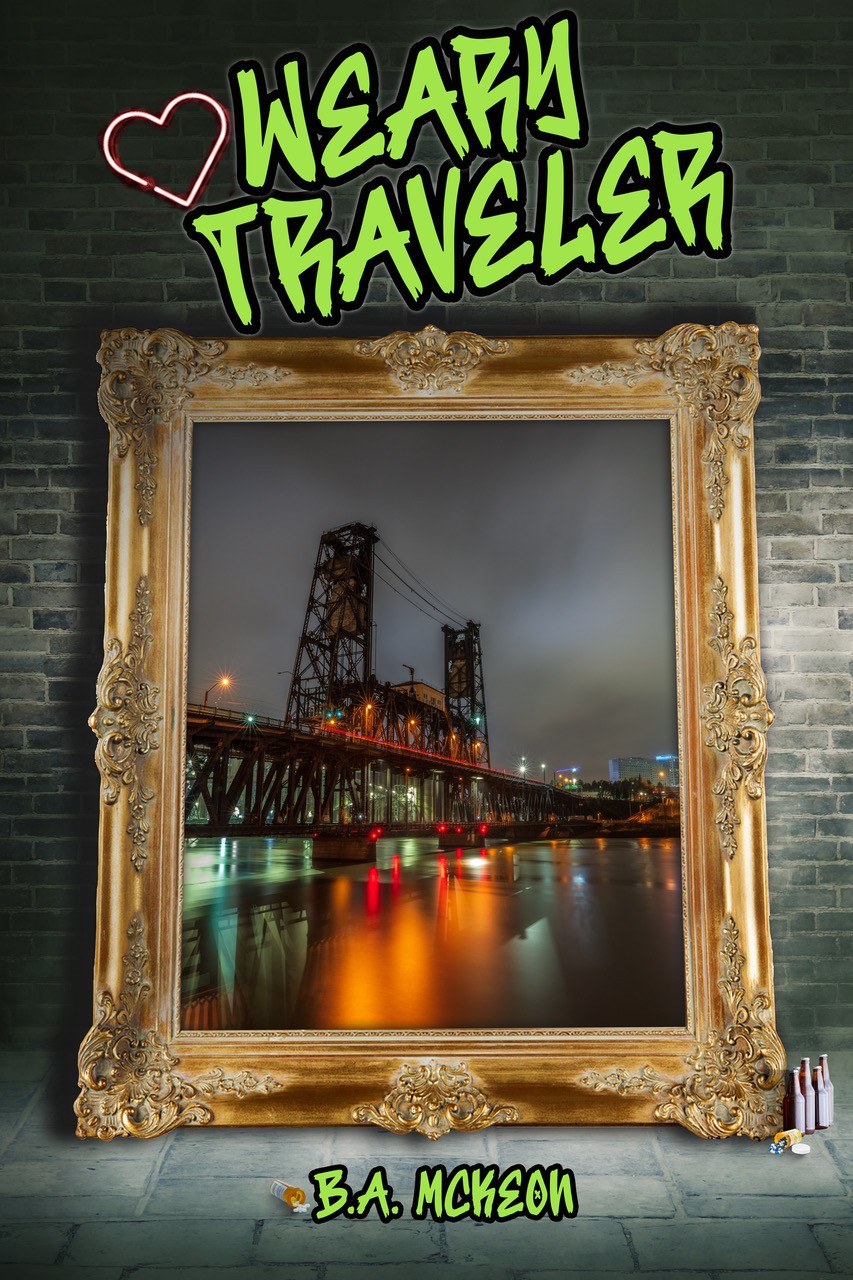